less than a minute ago.

Governor Kahiga says the bill did not consider constitutional and administrative principles.

The case will be mentioned on July 13.

Migori chiefs on the spot over distribution of relief food

COVID-19 BLOG: How to manage fear, anxiety during pandemic

COVID-19 BLOG: My week of anxiety after coronavirus test

They are considered at risk from the virus because of their poor overall health and poverty.

Many ordinary Kenyans now say the country will have to find a way of living with Covid-19....

Governor Kahiga says the bill did not consider constitutional and administrative principles....

Migori chiefs on the spot over distribution of relief food

Isiolo teachers give masks to learners 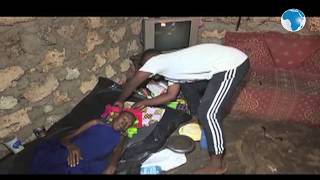 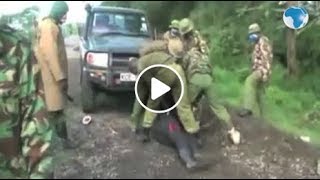 List of killer police officers to face the law over brutality 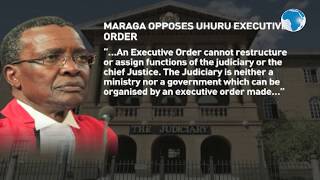 Registrar Anne Nderitu declared that the PG/NEC that suspended the duo was not properly convened.

President is sidelining his deputy, who was once his bosom buddy. What is he up to? ...

Washiali: I have no regrets losing top House seat

Changes in Jubilee to be certified today

Project seen as a catalyst for development of other small ports and revival of water transport in region.

Tourism, education, transport and horticulture are among the worst-hit....

Kenya reaches out to neighbours in push to market Naivasha depot

Emirates could take four years to return to normal

Every country needs the others as a source of goods and market for commodities.

“I have come to learn that the most successful people don’t quit.”

NBA to return in July

Twenty-nine teams voted in favour of the return-to-play plan. ...

ASK HR: Does beauty count for anything during the hiring process?

Remember a positive attitude, a smile and confidence can look good on anyone.

Kavengi Kitonga is a visual artist, researcher, and a make-up artist. ...

ASK HR: Does beauty count for anything during the hiring process?

ASK HR:What are some top tips for handling video interviews?

ASK HR: What should I do to stand out at my first ever job interview?

The making of an award winning hand washing project

The gallery is closed so I built a virtual display room

SERIES REVIEW: Why Issa from ‘Insecure’ shouldn’t take ex back

LEGAL AID: Help me get my daughter back

Beyond Zero: Running for better healthcare