Kenyans in Beirut urged to get papers

Kenyans stranded in the streets of Beirut after devastating blast demanded repatriation.

Judge advises the advocates to sort out issues among themselves.

Why the DCI wants you to look out for this man

The suspect also identifies himself as an overseer of the Christ Love International Ministry.

In his brazen-titled book 'Selfhood; Divinity of the Clitoris', retired minister gives a religious perspective to ending FGM

Clashes broke out in Warrap state when an argument erupted between the army and a young man.

From Kirubi to Ciano, Uchumi was a sinking ship

The judge said he was unable to get the case file at the Milimani Law Courts.

MPs divided over bid to evict KDF from disputed land

The disputed land belonged to the late Mayer Jacob Samuels and had a lease of 99 years from......

We just want to go home!

Women, power and the newsroom

How Russia jumped ahead of the pack on Covid-19 vaccine

Department of veterinary services says the recent deaths were caused by a bacterial infection.

Mr Oparanya’s sentiments came after the Senate failed to agree on the matter for a record......

The long road to Elachi’s exit

Why city is staring at dissolution 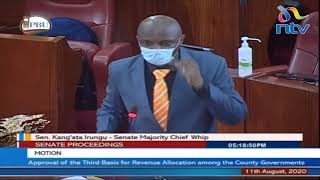 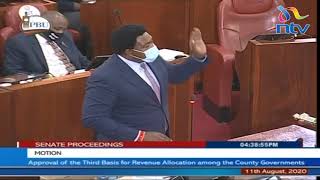 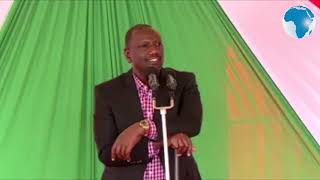 Mr Muluka said he has fulfilled all the assignments handed to him by the party during his......

Raila: Uhuru has his mind in the right place

The decision comes at a tough time for the country.

Bank is capitalising Sh748.8 million to issue bonus shares at a rate of one for every 10 held....

How firms can ride out insolvency crisis

Why supermarkets in Kenya are collapsing

Private millers exaggerate production costs so as to hide what ought to go to farmers.

NMS, which directly reports to President Uhuru Kenyatta, is literally in charge of the capital....

Poulsen said the Germans are ready to face an experienced Atletico side.

"Even in the current circumstances, staging the Masters without patrons is deeply disappointing."...

Balotelli linked with a move to Turkish giants

Staffroom Diary: Tough times as my parents squeeze money from me

My father stopped me: “How has Corona affected you? Did you lose your job?

Love in black and white

From running newspaper adverts to mark milestones in their marriages, these lovebirds believe......

Travel: A feast at Talisman

Sunday Sermon: Jesus’ relation to his Father in heaven

Why women risk and get children out of wedlock

Health matters: What to do if your sex drive goes off after birth

Plain truth: If you date a man who is unavailable you will cry alone