Separate political formations once sought unity in the land devastated by years of war today.

Education CS they will likely open in June and national exams to go on as scheduled.

Twenty seven foreign truck drivers who tested positive for the virus were not allowed into the country.

This follows an EACC investigation into claims of bribery at the State corporation.

81 killed in violence after death of Ethiopian singer

Ruto, Moi in battle for supremacy

Fractures seem to widen by the day as Moses Kuria believes party will come out stronger.

Explainer: The process of impeaching a deputy president

What Kenya stands to gain from South Sudan peace

All you need to know about dementia and Alzheimer's

Explainer: What you need to know about coronavirus

Explainer: What 100 years means to your health

Longer lifespans have been attributed to improved medical care, diet and nutrition.

Explainer: What to do during a terror attack

Abandoned: Kenyan in Wuhan speaks out

Kenyan DJs in diaspora condemn shooting of colleague in Nairobi

Diaspora: Kenya creating a martyr out of Miguna

Canada to honour Kenyans is diaspora

The ceremony will entail hosting Kenyan flag for two weeks.

Hope for Kenyans living in US illegally

Some Kenyans who entered the US illegally as minors may obtain legal status in the country.

81 killed in violence after death of Ethiopian singer Hachalu Hundessa

The total number of Covid-19 fatalities in the country now stands at 38.

Move is a major about-turn for a nation which has largely ignored the virus.

Norwegian fraudster who invested in NairobI

Uhuru: I want people who will not fight my agenda

The suspects are accused of posting, without authority, CCTV footage of President Kenyatta's......

How to manage Covid-19 symptoms at home

New trend as singles adopt children of the opposite sex

Fingers crossed as global search for vaccine goes on

They say many counties stand to lose out on the shareable allocations....

Ndambiri now hits out at Waiguru 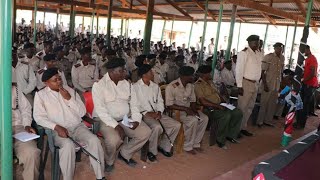 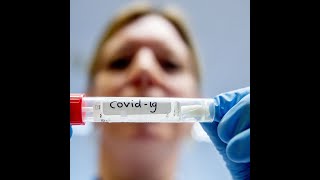 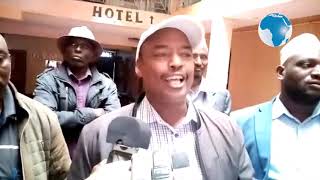 Only Nyanza has a clear kingpin in ODM chief Raila Odinga; DP Ruto has Gideon Moi to fight in Rift.

In a video online, the ODM leader says he’ll be doing his usual jigs in no time....

Battle for Ford Kenya rages on

Ilanna Darcy replaces Sateesh Kamath, who was promoted to the Vodafone Business CFO.

The miller is expected to start sugar milling operations in September....

Why tax relief never finds its way to final consumer

Why fermented milk should be part of your diet

The government ought to be consistent in policymaking in the people’s interest.

The aggression towards the Judiciary is not coincidental or isolated....

ONYANGO-OBBO: How the death of a black man in USA could change Africa’s map

Where are the Google Internet balloons?

Rodgers said his team were still in a "fantastic" position.

The Estonia Rally will run September 4-6 and will be the first in the country....

Formula One in brave new world

Cookware that suits your kitchen and oozes style

There’s a variety to choose from depending on your budget and needs.

How to shop for second hand furniture

Expect slight imperfections. Dust and a few scratches should not put you off....

CAR CLINIC: Do I go for a used VW Golf or not?

KITOTO: I moved in with my husband before we married

A hand that giveth

'My shoes must be thinking I am dead'

Going Places: The garden restaurant that feels like home

STAFFROOM DIARY: I’m planning to impeach my Fiolina for unruliness