Politicians are some of the beneficiaries in President Kenyatta's new appointments.

Homa Bay health workers are on strike while those in Siaya and Kisii have announced plans to follow suit.

The former Changamwe MP's death comes shortly after that of his second wife, Zaharia.

Family says widow Grace Ouko faced stigmatisation after testing positive yet the disease is not a death sentence.

The former Changamwe MP's death comes shortly after that of his second wife, Zaharia.

Family says widow Grace Ouko faced stigmatisation after testing positive yet the disease is not......

The making of women trade union leaders in Kenya

Reprieve for Moirongo in fight against JKUAT

GBV: Where do broken hearts go? 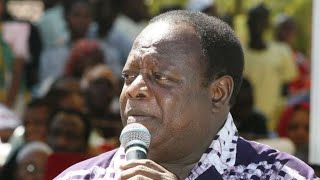 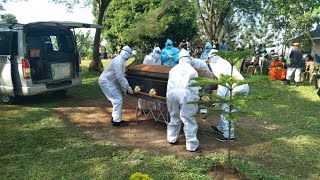 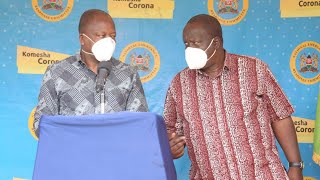 Deputy President has been meeting church and political leaders at Karen and Sugoi following ban......

Retailer yet to submit merger plan to competition watchdog for go-ahead...

Getting idle young people gainfully engaged is insurance against a crime explosion.

Mathiu: Being in office is about serving

Mwaura: Publication of pictures of the sick and dying is unethical journalism

Readers have their say

Hamilton on top as Mercedes make rivals sweat at Silverstone

FIifa chief Infantino claims he has 'nothing to hide'

We have our style, Gattuso eyes Barcelona upset

Barca's final shot in the dark to save troubled season

The fact that you are a believer will require that you look for a way to salvage things.

Car Clinic: I want to buy either of these SUVs, which do you recommend?

The Pajero feels like it was made by passionate people....

Why your son is too protective

Are you his foster girlfriend?

HEALTH MATTERS: My husband has pulled away from me because he can't rise

Men and women can't be friends. The end

HEART ADVICE: Why can't I find my Ms Right?