Kipchoge: Open up sports camps, we shall follow health guidelines

1988 800m Olympics gold medallist Ereng is a son of the soil among other leading athletes.

The annual event scheduled for November 30 to December 5 in Blantyre, Malawi.

The latter stages will be played out in a unique final eight straight knockout format in Lisbon in August.

Spectators will not be allowed at the tournament because of tightened Covid-19 restrictions in Ohio.

Covid-19 scare: taxi driver dies in his car in Juja

He spent the whole Saturday night in the car with all windows rolled up and doors locked.

Parts of Australia go back into lockdown

Women blazing trail to the C-suite

Sh8.36 billion was collected in the financial year ended June 30.

Husband claimed he was not responsible for the pregnancy.... 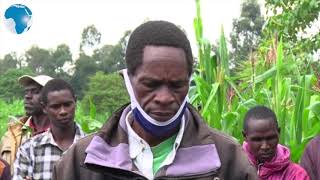 The three men shot dead by police officers in Lessos, Nandi last week to be laid to rest tomorrow 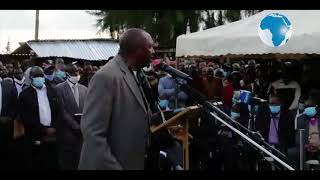 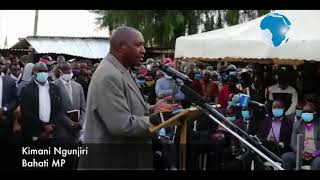 Ngunjiri:''President is taking the country Chinese path, Judiciary and Parliament not independent''

Uhuru held a virtual Cabinet meeting from which the DP was missing.

Only 14 cargo trains used the SGR line in June....

Experts give feedback on farmers' crop and livestock challenges

The latest audit of Kemsa has revealed mismanagement and blatant corruption

The number of job losses is rising painfully and, with that, dwindling incomes....

MATHIU: Going by such a horror show of recklessness, then we are doomed

ATEMI: Let’s come to the aid of a friend... Dominic Odipo

MWAURA: Case for stimulus package to keep our journalism alive and kicking

READERS HAVE THEIR SAY

Last year, Sane had reportedly been on the verge of a big-money transfer to Bayern before suffering a serious knee injury in August which sidelined him until February.

The Rwandese top-tier season remains halted due to coronavirus...

It’s unwise to open any inlets/outlets of the cooling system in an overheating engine.

Why I switched to organic farming

Farming was her first love. But there was a problem....

Why you are experiencing insomnia

KITOTO: I have three children, is there a man that would marry me?

Man’s struggle to save monkeys in danger of extinction

MEN&WOMEN: Do you have tendency to delay and put things off?