The Kenyan duo had travelled to Cyprus in early January to join Division One club Lakatamia FC.

Ayimba and Rombo managed the Kenya Sevens teams in the rugby union version of the game.

It has been 82 days since the Spanish top-flight suspended fixtures.

He said he wanted to make it clear that his actions against the man, who is white, were not racially motivated.

COVID-19 BLOG: My week of anxiety after coronavirus test

Mr Kibiru had been touted as the front-runner for the position after Prof Kithure Kindiki was pushed out.

How US exit from WHO harms global Covid-19 fight

The patient is asymptomatic and currently being managed at an isolation centre.

Mr Ojaamong’ said county resources have been depleted due to the large number of Covid-19...... 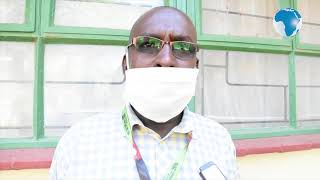 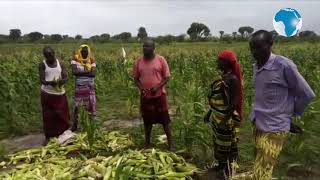 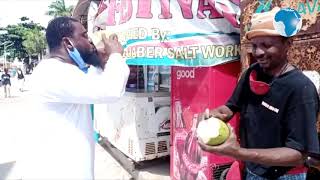 Families throng streets of Lamu in celebration of Madaraka day

Mr Kibiru had been touted as the front-runner for the position after Prof Kithure Kindiki was......

500,000 families yet to get electricity under subsidy plan

Less than half of 1.02m targeted households have been connected to grid.

Emirates could take four years to return to normal

It could take up to four years for Emirates airline's operations to return to some degree of......

500,000 families yet to get electricity under subsidy plan

Virus or no virus, run a profitable dairy farm

Why I grow my moringa inside a greenhouse

Petty politics is not on the list of gazetted services that may be exempted from curfew and cessation of movement.

EDITORIAL: Kenyans must be heard in Constitution debate

At the core of BBI is change of governance to allow for inclusivity. ...

CHESOLI & MAJE: Why post-Covid-19 mitigation must have disaster prevention at its core

MAGERO: Time to look at nicotine with new eyes

GUYO: Madaraka Day should be time to reflect as a nation

Ayimba and Rombo managed the Kenya Sevens teams in the rugby union version of the game.

It has been 82 days since the Spanish top-flight suspended fixtures....

La Liga to restart with Seville derby on June 11

BOLD WOMAN: From microbiologist to agripreneur

At only 24, Elizabeth Okullow is a thriving Hydroponic farmer.

The internet is like a jungle with variety of wild fruits, some of which may be poisonous. ...

BOLD WOMAN: From microbiologist to agripreneur

LIFE BY LOUIS: Why I no longer attend weddings

KITOTO: A person who truly cares about you won’t hold you back from your drea

MY WEEKEND: Why forced working from home is best gift

Beyond Zero: Running for better healthcare